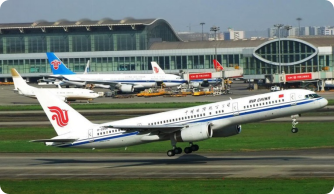 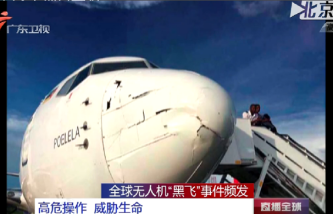 #1 In May 28, 2016, In Chengdu China airport, a drone flying thru aerodrome traffic zone (ATZ); as the result the runway have to be closed for 1 hour and 20 minutes for clearing the disruption and causing total of 55 schedule flights not being able to take off and landed normally.

#2 According to a US Federal Aviation Administration (FAA) statistic, a total of 583 drone accidents occurred between August 2015 and January 2016.

#4 The‘Unknown Civilian’drone entered Beijing restricted area and ignored the warning sign. The Air Force intercepted the air and hunted down the drone.

#5 In the military base, there were consecutive cases where local personnel used drones to spy over the military restricted area.

#7 In March 2018, Shenzhen customs officers dealt with the use of drones to smuggle the mobile phones across the border, as the result the state facing the lost tax value 500 million RMB.

With the gradual popularization of civilian drones in the private sector, incidents of intrusion, sneak shots and even airdropping of contraband by some drones at home and abroad have occurred.

#1 According to foreign reports, near a prison in northern London, the police intercepted a drone carrying a large number of drugs and mobile phones. Another drone crashed while flying over the HMP Pentonville prison.

#2 In a prison South Carolina, USA, a criminal escaped from prison with the help of drones. The fugitive was named Jimmy Causey, and according to the prison guards, the tools he used to escape from prison included guns and at least $47,000 in cash, which were sent to prisoner by using drones from outsider.

#3 In 2018, a high-security prison in Qinghai discovered that a drone was hovering around the prison. The armed police immediately hunt down the drones.

Drones not only invade the restricted area or important facilities, but also having a huge impact on our routine life.

#1 Recently, a "explosive drone incident" occurred in the Sun Moon Lake scenic spot in Taiwan. A woman was taken to the hospital on the spot. The scenic spot security officer said that the use of drones will be banned in the future.

#2 In May 2017, a 3-year-old child from Hangzhou was playing in the square, all of a sudden the drone malfunctioned and injured the children face. As the result he required to sew five stitches.

#3 In July 2017, a man from Xi'an used a drone to spy on women undressed scene and broadcasted live on a social platform. The UAV alliance group in Xi'an were very angry  and decided to use anti-UAV guns to hunt down the drones in the no-flying zone.

#4 In the afternoon of May 9, 2018, a child playing in Xiaotaihouhe Square in Chaoyang District of Beijing,  was stabbed by a drone that fell off  from the sky. The police officer have found the perpetrator, which is a 14-year-old foreign boy.

Recently, consumer drones (typically like Dajiang) have becoming another tool for terrorists.

#1 In January 6, 2018, the Russian air defense system in Syria found 13 small air targets (unmanned aerial vehicles) approaching Russian military facilities. Among them, 10 drones flew near Hemmim Air Force Base, and another 3 flew near the Tartus Port Supply Station. According to public photos, the drones involved in the attack were fixed-wing drones, which carried bombs modified from shells.

#2 In August 4, 2018,  the Venezuelan National Guard held an anniversary event celebration in the Bolivar Avenue at the capital of Caracas. The national television station broadcasted the event live. When Maduro made a speech, there was a suspicion explosive object in the scene and an alarm sounded. The Venezuela’s Minister of Information Rodriguez said several drones carrying explosives attempted to threaten Maduro.